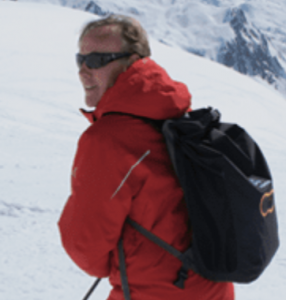 Aquapac’s Chief Executive, Tim Turnbull, is to retire after 22 years. In his place, Special Accounts Director, Mike Malavasi and Sales Director, John Kelly will be taking over and Mike’s son, Gianluca will assume responsibility for Tim’s marketing role.

Tim began working at Aquapac in 1997, becoming Chief Executive in 1999.  He is now looking forward to a long and healthy retirement: “It has been an honour and delight to work at Aquapac for two decades and help build it into the leading, trusted brand it is today. All I have ever wanted to do is to encourage more people to enjoy the great outdoors. Something I’ll be doing more of myself in my retirement.”

Tim’s tenure oversaw huge growth at Aquapac – who have now sold more than five million waterproof bags and cases across 60 countries – and winning The Queen’s Award for Enterprise three times.  Aquapac products are favoured by Search and Rescue, Emergency Services, Coast Guards and Lifeguards the world over.

The Company was founded in 1983 by three windsurfers chatting in a pub about how they wanted to be able to listen to their Walkmans whilst out on the water. Tim joined 14 years later.  Operating from a small factory in Lambeth, London, today 93% of Aquapac’s products are 100 per cent British manufactured.

PRIMALOFT®CROSS CORE™ SERIES – MORE WARMTH LESS WEIGHT
Craghoppers win at UK Ecommerce Awards 2019
Tweets by @SGBOutdoor
This site uses cookies in order to function properly and to allow us to improve our service. By using this site you consent to the use of cookies More info