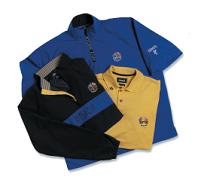 Ashworth Inc has signed with Ryder Cup Ltd. to become the Lead Vendor, as well as Official Licensee, at this September’s Ryder Cup at the K Club in Ireland.

This agreement extends the 6 year unbroken relationship that exists between the market leading clothing brand and the world’s most celebrated golf event. Ashworth now becomes the only apparel brand to have had a continuous relationship with the Ryder Cup on both sides of the Atlantic since the Millennium, having previously been Lead Vendor at The Belfry in 2002 then at Oakland Hills Detroit in 2004.

As part of the Lead Vendor agreement Ashworth is entitled to occupy up to 40% of the 2006 Ryder Cup’s Merchandising Tent, making it the most prominent company at this year’s event. Grahame Jenkins, Managing Director at Ashworth Europe is delighted to be involved with the event again, “this is the perfect opportunity for Ashworth to showcase our products to the largest golf audience at the most prestigious event of 2006.”

As well as being the Ryder Cup Lead Vendor, Ashworth is also one of four companies to hold Licensee Agreements for the 2006 matches. This entitles the company to manufacture and sell Ryder Cup merchandise in 26 countries across Ashworth’s European distribution network

Cobras Demos Blitz
Are Golf Directors getting too long in the tooth
Tweets by @SGBOutdoor
This site uses cookies in order to function properly and to allow us to improve our service. By using this site you consent to the use of cookies More info