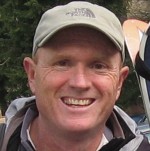 Early in the morning of March 7th in “biting winds” and temperatures down to minus 15 degrees C., motor mouth Radio One DJ Chris Moyles, actress Denise Van Outen, boy band singer Ronan Keating and other celebs topped out on the summit of Kilimanjaro. It was a great effort to raise funds for Comic Relief but it is hardly an original idea. Hundreds of Brits climb Kili every year to raise money for charity and thousands undertake similar trips and adventures. I bet that every reader of this article has sponsored someone to participate in a charity fund raising event whether it be to run, trek, cycle, climb, ride or jump (from an aircraft). Google charity trek and you get 287,000 hits. The first three listings I found were sponsored links (Oxfam, Christianaid, DoitforCharity) which is indicative of the competition to get people signed up. It is big business, but for whom?

The list of holidays and adventures on offer knows no bounds, geographically and otherwise. And why should it? The attraction is clear; find an adventure you always wanted to do and get your friends, neighbours, family and colleagues to pay for it under the guise of charitable giving.

There is a huge difference between raising sponsorship for a charity by running the London marathon and trekking the Great Wall of China. It all rests on the balance between pleasure v. pain and the relative split between the operating costs and the net funds to charity. Marathons take commitment and training and, although I have never run one, I’m sure it can’t be described as fun in any conventional sense. Marathon entry fees are nominal compared to the cost of travelling to the other side of the globe. And, both undertakings are different again to funding young Rupert or Sophie on their gap year adventure with charities like the reputable Raleigh International whose clear aim is the personal development of the participant being sponsored rather than saving whales, curing cancer or helping old people.

At the time of writing, we don’t know how much money was pledged to Comic Relief for Moyles’ summit success but I expect it will be substantial and, proportionally, will be vastly greater than the cost of the climb and thus it will yield an excellent return on investment. I accept that charities have to (and should) operate “commercially” and need to spend money to make money. In stark contrast, Discover Adventure Ltd. is a company running Kilimanjaro charity climbs and claims to be “the only tour operator to price Open Challenges so that a high 60% remains with your charity”. It is difficult to see how 60% could be considered a high percentage in a charitable context. Does that mean all other trek companies revert less than 60% to charity?

Discover Adventure charge £3699 for the expedition of which £1950 goes to charity – that’s not quite 53%. In their calculations they conveniently discount the £449 registration fee payable to them up front. Who would donate a quid to an RNLI collection boat in a pub if they thought the pub was going to keep 47 pence of it? Comic Relief wouldn’t dare try to justify that 53% or even 60% of monies raised were going to charity with the balance funding the Moyles’ climb. But 60% seems positively generous compared to the findings of a 2001 study of 200 events on which 7000 participants raised £12 million out of which £10.5 million was spent on “event costs”; that’s 12.5% to charity – £214 per person.

It is disgraceful that charities continue to seek these diminishing returns by endorsing charity treks. By so doing they are also ignoring the cultural impact of sending large groups to invade foreign lands and peoples, the environmental impact of large groups camping, using firewood etc., and the carbon footprint of flying. There are also safety concerns. The medical incident rate on charity expeditions is 4.4 times greater than that of expeditions approved by the Royal Geographical Society.

With so little of the funds raised by charity treks actually going to charity, it is the event organisers – commercial, profit driven companies – so called “outside suppliers” as one website puts it, which must be cashing in. Remember this the next time you are emotionally blackmailed into funding someone’s extreme dream holiday. If you are inclined to support the nominated charity, give your cash directly to it (having signed up for Gift Aid too). Your pal will be miffed but the whales will thank you.

Norman in talks with TaylorMade
Powakaddy launches Freeway II
Tweets by @SGBOutdoor
This site uses cookies in order to function properly and to allow us to improve our service. By using this site you consent to the use of cookies More info