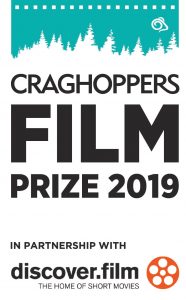 In its second year, Craghoppers with partners Discover.film presented £34,000 to the very best in short film – the largest cash prize, in the world with the first prize winner walking away with an incredible £20,000.

The event – the fastest-growing Film Festival for shorts – took place over four days with packed screenings in Leicester Square’s iconic Prince Charles Cinema and Odeon Cinema in Covent Garden. This was followed by networking events where over 300 enthusiastic filmmakers, celebrities and supporters could mingle and discuss the world of short film.

The Discover.film Awards took place at the exclusive h club on Sunday evening. Having received a staggering 5,000 entries from over 80 countries around the world, it was down to the final 50 to battle it out for the coveted Craghoppers Film Prize Awards: 1st and 2nd Prizes, Best Social Impact and Best Student Awards. New for this year was the Best Social Impact Award, which was launched by Craghoppers as part of its Honesty Project and came with a £5,000 cash prize.

When veteran director John McFarlane chanced upon Tony and Scrunch (the bull) walking on the Cornish moors and he was so intrigued he followed them home and a friendship struck up which extends to this day. John ended up sleeping in a field for the next two and a half years, filming Tony’s simple life with his sole companion, Scrunch.

It was this British documentary based on a heartwarming true story that won the accolade of the winner of the main award. John wasn’t available to receive the award on the night, but his representatives Domingo Cornejo and Angelica Bizzotto were, and it was up to last year’s first prize winner Camille Hollett-French who came over from Canada to hand over the coveted award. John had this to say when he found out the amazing news,

“I can’t tell you how blown away and surprised I am. This is such wonderful news. Please give my heartfelt thanks to all the team. This means so much and the news made Tony smile. The prize money will go towards the Beefore The Butcher project as well as sharing some with Tony and Scrunch.”

This is award-winning commercial director’s Chris Holt’s first short film. Chris wanted to highlight the increase in child neglect around the world by focusing on this true story. It explores three young girls who are left alone by their troubled mother and are trying to navigate the adult world.

“It’s amazing, a real honour. This was our first festival and the first place we’ve shown it to anyone else so it was nerve-wracking. So, the award is the icing on the cake! I don’t know anyone that supports a short indie film like Craghoppers do and it’s amazing to be part of it.  Since the film has been shown at the Discover.film awards, it has been shown all around the world.”

Instead of making another mournful film about plastic pollution, Pascal Scheilbli set out to make a beautiful film that challenged people’s perspectives, while embedding a strong message of conservation. The breathtaking animation – which took 2 years just to complete the graphics – won Pascal Craghoppers first Best Social Impact Award.

“We created a nice movie which makes people think about how to live. We wanted to highlight this important topic and get people talking about it.”

Troublemaker focuses on a young boy who only realises the consequences of his actions when it is too late. Director Olive Nwosu shot the film in a small village in Eastern Nigeria and cast locals to be part of it. Student, Olive is currently completing her MFA at Columbia School of the Arts. She won the second Best Student Award and said,

“Make what you love – make a short film that you want to see. The passion for that will carry you through even when it’s really hard!””

Olive joins Andrew Reid, Director of the acclaimed film Asia A, who was presented with the first Best Student Award at the April event. Andrew, from Los Angeles, based his film on his own true inspiring story of fighting back from spinal cord damage and overcoming the challenges that come with it. Andrew said:

“I’m ecstatic that audiences around the globe are watching my film. I recommend any short film director to enter the Discover.film Awards.They give you the life to keep your movie moving forward”

“It was such a pleasure to present the awards to such talent. These people are breaking down barriers and telling powerful stories. It’s important for Craghoppers to support social issues from all around the world, which is exactly why we introduced the Best Social Impact award this year.

“The sustainable message is something we are passionate about as a brand, and we fully support those who are on a creative adventure, and applaud all entrants for their hard work and dedication in delivering such amazing short films.

“It’s always a pleasure to work with the guys at Discover.film. It truly is a great partnership.”

“Audiences around the world are now moving to short-form entertainment but they demand quality. By offering such significant cash prizes, Craghoppers is helping to raise the standard, as filmmakers battle it out for what has quickly become one of the most prestigious awards on the festival circuit.”

Keeps Kids Visible & Safe in the Dark with GP Batteries’ New Kids Headtorch
SMARTWOOL LAUNCHES UK ECOMMERCE WEBSITE
Tweets by @SGBOutdoor
This site uses cookies in order to function properly and to allow us to improve our service. By using this site you consent to the use of cookies More info