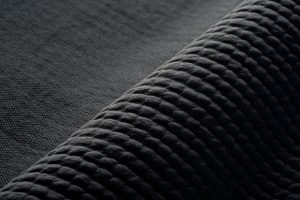 A milestone in the quest to limit microfibre release into the oceans.

The result of an innovation project by Polartec and Houdini, the Power Air Houdi will be launched on January 31st at www.houdinisportswear.com.

“Houdini shares our commitment to taking meaningful actions that improve the sustainability of our products, supply chain, and business practices,” says Gary Smith, Polartec CEO. “As a completely new way of making fabric, Polartec Power Air has the potential to be our most significant development since pioneering the process to knit fabrics made of post-consumer plastic bottles.”

“As we joined forces with Polartec to innovate the next generation insulation fabrics our intention was clear – to take on the issue of microfibres while simultaneously elevating performance. The launch of Power Air is a true milestone. After intense ideation, R&D and field testing we can finally present the end-result – a next-generation stretch insulation garment with superior layering comfort featuring an air-trapping fabric strictly made out of continuous filament fibres”, says Houdini design director Jesper Danielsson.

Houdini has been working on limiting fibre release since 2013 when their first filament fibre garment was launched. With the Power Air Houdi, CEO Eva Karlsson points to the synergy between performance and responsibility:

“When I first wore the Power Air Houdi, my initial reaction was how good it felt against the skin. Then when we started to get all the wear tests back, the feedback was very similar – Polartec had managed to create a quality so technical, it would have been a game changer even based on performance alone. Now we once again prove that sustainability and performance can, and should, go hand-in-hand.”

The Power Air Houdi owes its fit and aesthetics largely to a long-standing Houdini favorite, the Power Houdi. With a slim fit, a snug high collar hood and extended sleeves with thumb loops, it’s perfect layering or to wear on its own.

The smooth, low friction surface of the Power Air fabric has great durability, is Bluesign-certified and made from 54 percent recycled polyester which means that it not only prevents plastic waste but is actually built from used plastics

Impressive awards haul at ISPO 2019 for Mammut. 3 award-winning products this year:
Vango scoops customer satisfaction awards for third year running
Tweets by @SGBOutdoor
This site uses cookies in order to function properly and to allow us to improve our service. By using this site you consent to the use of cookies More info