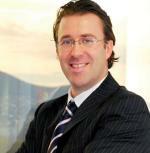 In a ground-breaking report on the golf industry in Europe, the Middle East and Africa (EMA) launched at the Ryder Cup, KPMG has claimed the regional golf industry was worth e53 billion (or £41.7 billion by current exchange rates) in 2006, and that the retail sales market was worth e1.9 billion (£1.5 billion).
‘The Value of Golf to Europe, Middle East and Africa – A Study on the Golf Economy’, is the first report of its kind ever to be published, for which the global business consultancy collaborated with Oxford Economics, with the support of golf’s key governing bodies, including the R&A, EGIA, the PGAs of Europe and the European Tour.
The report breaks the golf industry down into six ‘clusters’: Golf facility operations; Golf course capital investments; Golf supplies; Golf tournaments and endorsements; Golf tourism; and Golf real estate.
‘Golf supplies’ covers EMA’s retail sales market for equipment and apparel, and the report states that Europe accounted for 96% of the EMA’s total market, with Great Britain and Ireland accounting for 48.3% on their own. The report added: “The production and retail sales of golf supplies generated e4 billion in total revenue for the EMA economy and supported approximately 14,000 jobs.” The report also states that those 14,000 people were paid e549 million (£432 million) in wages. That equates to an average EMA industry wage of £30,857.
KPMG’s report can be downloaded free of charge at http://www.golfbenchmark.com/.

New waterproofs from Glenmuir
Reversible Crew Jacket from Result Performance
Tweets by @SGBOutdoor
This site uses cookies in order to function properly and to allow us to improve our service. By using this site you consent to the use of cookies More info