inov-8 ambassador Marco Consani is one of the UK’s leading off-road ultra runners. Experienced in the art of racing 100 milers, last year he achieved his biggest win over the distance when running the second fastest-ever time (21:14:52) over the Lakeland 100 course, which includes 6,300m of elevation gain. Later this month Marco will defend his Lakeland 100 crown. Here are his top-10 tips for racing 100-mile ultras:

Some ultras, like Lakeland 100, are not way-marked. If you don’t want to spend the entire race with your head in a route book and map then you need to recce the course. If organisers hold group recce days, do your best to attend. You will gain the type of invaluable knowledge that you can’t find on the internet.

2: Test all your gear

The only way you’ll really get to know and test your gear is to use it on all long training runs. Only by doing this will you then know if that rucksack rubs your back after 30 miles or your headphone cable gets caught in your water bottle tube. The last thing you want to be doing is ironing out any issues with gear during the race itself. In terms of shoes, don’t do what many do and, during the taper period, buy the most expensive running shoes ever made in the hope that they will suddenly help you get over a mysterious injury or improve your time by an hour. It’s not going to happen. Trust me.

Study the gear prerequisites. I’m never going to say try and cheat the system. So don’t. It will only result in you failing to pass the kit check and having to buy expensive gear on race day, which you have not tested on training runs. What you can do is be smart about it. If you need 400 calories of emergency food, get the lightest calorific food you can find. Okay, it might taste like dog food but then you can be assured that it will be an emergency before you eat it! Every gram counts when you have to carry it over 100 miles of running. Weigh everything and pick the lightest gear that complies with the prerequisites. Then test it, as per the previous tip, again and again until you are 100 % happy with it. On race day, don’t over pack. Study the weather forecast during the week leading up to the race and change your pack accordingly. 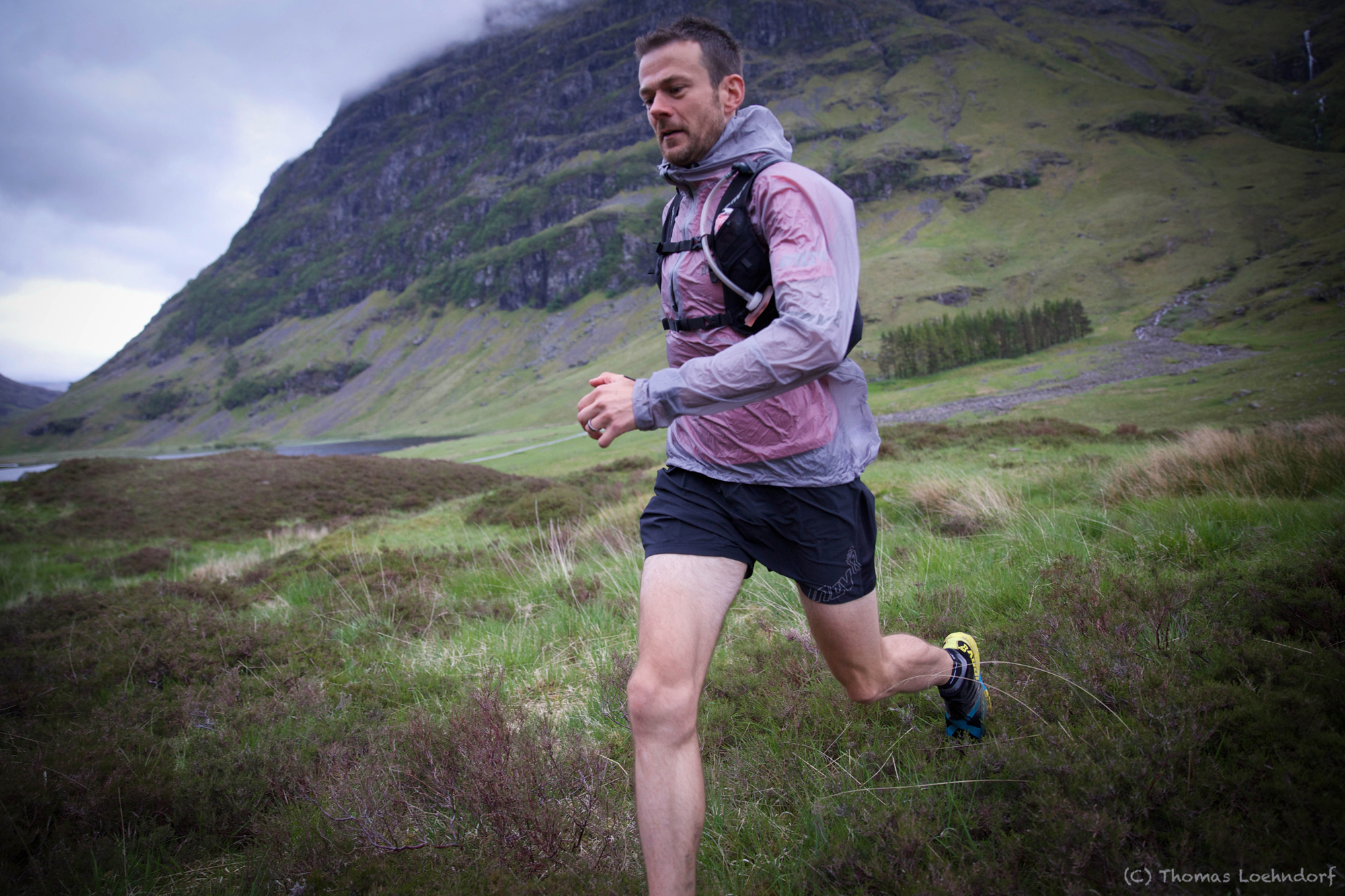 Speak to people that have run 100 miles before, or even better, people who have competed in the same race. Knowledge is power. Ask as many people as you can about the race. In terms of Lakeland 100, ask what’s the best way off High Kop? What do you pack in your drop bag at Dalemain? Use other people’s hard fought knowledge and then test it again and again to make sure it works for you. Everyone is different and what works for one runner might not work for you.

5: Train on the same terrain as the race

Okay, we covered this in the first tip but it isn’t always possible to run on the course itself. If that’s the case then find similar terrain near your home. The Lakeland 100 trails can be unforgiving on your feet, so seek out something similar in your area. Make sure you really toughen up your feet in preparation for the race. They will thank you for it during the race.

6: Break the race up into manageable chunks

100 miles is a long way, so break it down into smaller sections and set yourself mini-goals in terms of time. If you don’t quite reach one of the mini-goals in time then quickly forget about it, reset, and get on to the next one. Don’t go chasing lost time but also don’t try to give yourself a time cushion either. The mini-goals should be realistic targets not ones that are way too easy or too hard.

7: Run your own race

Don’t whatever you do, get caught up in running someone else’s race. Stick to your own plan no matter what everyone else does. There is always someone running far too fast at the start. Don’t panic, they will likely explode after 35 miles. At the same time, don’t be that person who sets off too fast. Pace yourself. Start conservatively and you will finish strongly… and try not to be too smug when you overtake the trashed runner at 35 miles!

8: Use aid stations and checkpoints effectively

Don’t waste too much time at checkpoints. I remember the sofas at Mardale Head looking so comfortable during last year’s Lakeland 100. I couldn’t resist, and so I sat down. How long was I there? I have no idea, but I had soup and coffee so it must have been a long time. In reality I didn’t need to spend that much time there. As you get closer to the checkpoint, think what you need. Get your bottles ready for refilling, unpack any litter you need to drop off and know exactly what you want to pick up. 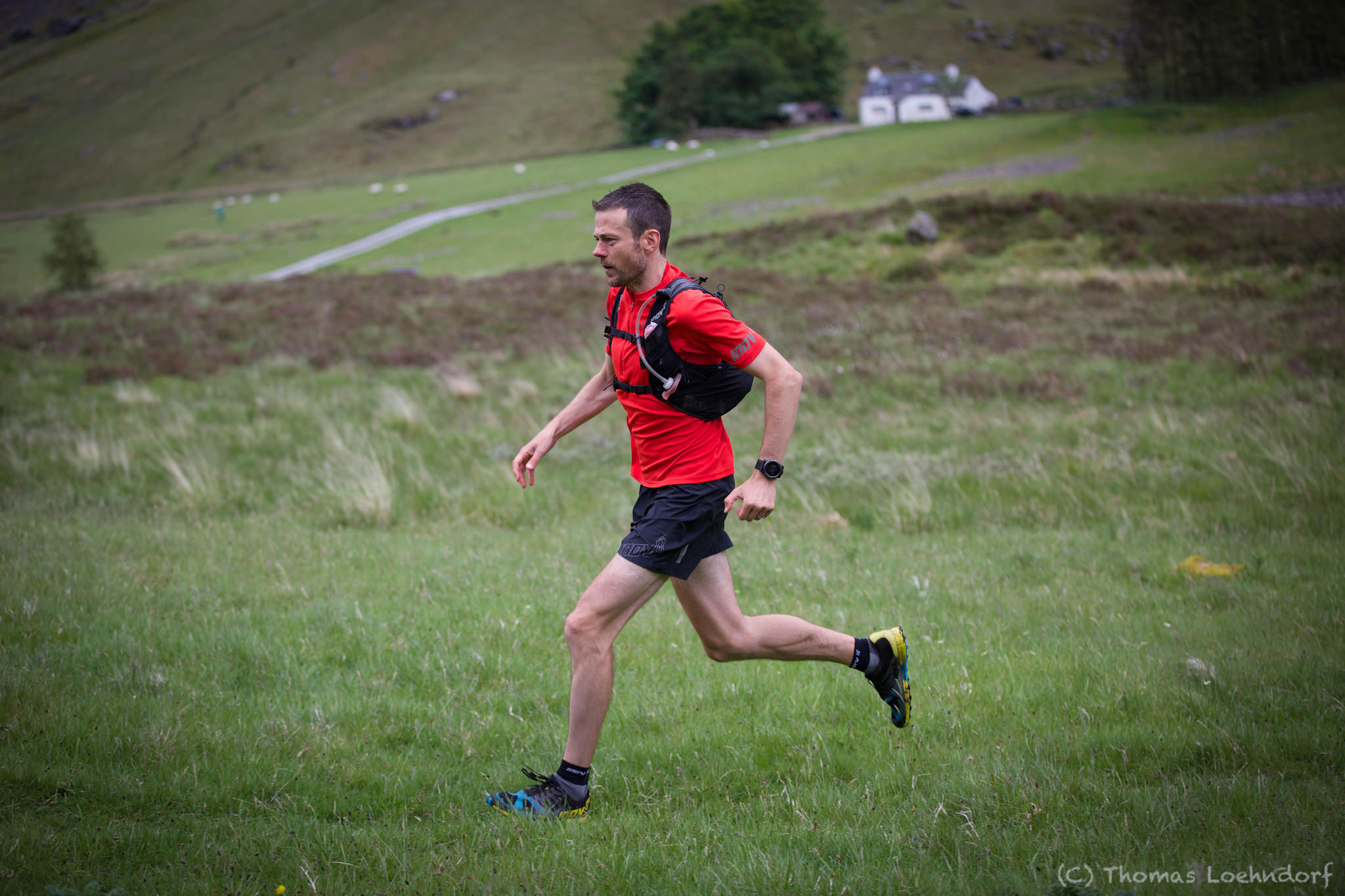 The race is not going to go to plan, so accept that now. Last year when I won the Lakeland 100 loads of things went wrong. I fell countless times in the first 20 miles, had food issues, bonked, hurt my knee and got lost too. You will have problems. It’s how you deal with these problems that will determine the outcome of your 100-mile ultra. Remember you’re not alone; everyone will be struggling, so relax and look at the bigger picture. Have a plan for all the what if scenarios… What if I have toilet troubles? What if I can no longer eat what I have? What if I make a navigation error?

10: Manage the ups and downs

You are going to feel terrible at some point during the race. I always think there are three things you must do when you’re feeling awful. Food – the first thing I think is I need some calories. Don’t, however, stuff loads down your neck really quickly or you risk feeling sick. At times like this I might have an energy gel (I always keep an emergency one handy) and then something more solid on top. Just a small amount though. This gives you an instant hit but then you don’t crash as much. Drink – next I take on board more liquids, perhaps in the form of electrolyte too. Again not too much, but just small sips. I find that drinking too much results in the fluid sloshing about in my stomach and makes it upset. Pace – next I slow down. I would rather slow the pace than stop or walk. Within minutes I tend to get back into it again and return to the same pace as before, but feeling much better.

Marco Consani is sponsored by inov-8, the all terrain running brand. Read more blogs by Marco and fellow inov-8 ambassadors at http://team.inov-8.com/

Campfire fun in a safe handy package
Take a Friend Fishing during National Fishing Month
Tweets by @SGBOutdoor
This site uses cookies in order to function properly and to allow us to improve our service. By using this site you consent to the use of cookies More info