Morpher – the flat folding bike helmet for campers and caravaners 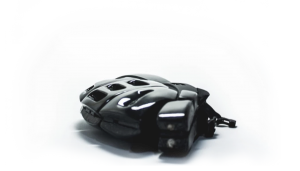 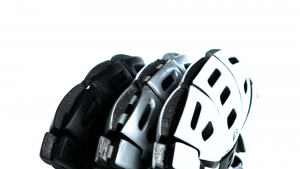 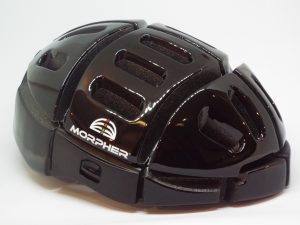 The award winning Morpher folding helmet is an essential piece of kit for anyone who travels with bikes, it folds flat in seconds, making it easy to pack and store away when not in use. The Morpher Helmet is fully CE and CPSC safety certified and available in a range of colours including glossy black and white, matt black and black with coloured spots, red and with new colours launching soon including yellow and silver. Morpher already has a growing fan base among holiday makers, tourers and commuters who love that it looks great, is convenient and takes up such a small amount of space and doesn’t compromise on safety.  It slips into a bag when not in use and of course can be used for all types of cycling, not just when you are on the open road.

Last year Morpher was one of TIME Magazine’s best inventions of the year, won the Edison Gold Award for Innovation and was Popular Science Magazine’s Safety Innovation of the Year.

Invented by Jeff Woolf OBE, a well-known innovator who says; “I know that when packing for a cycling/touring holiday, whether you’re camping or taking a caravan, that making the most of available space is essential.  I also know that it’s not an option to compromise on safety. So, I invented Morpher, a helmet that would fold flat and therefore make it convenient for people to use a helmet, wherever they are cycling”.

Morpher, the first flat folding bike helmet is making its official debut at Eurobike.  The Morpher team will be based on the Strategic Sports stand where they will introduce the multi-award winning Morpher to the international cycling business.

Morpher, a flat folding helmet that opens and closes in seconds, was invented by Jeff Woolf OBE, two times winner of British Inventor of the Year, for the 83% of cyclists who don’t wear a helmet because they are too cumbersome to carry. Morpher has won numerous prestigious awards, including TIME Magazine’s top inventions of the year.

Designed to make cycling safer for everyone a Morpher helmet is truly portable while combining safety with practicality.  The helmet opens and closes in seconds, is designed to fit easily into a bag, is patented worldwide and has CE and CPSC safety certification.

“We are very lucky to be on the Strategic Sports stand at Eurobike. Strategic Sports manufacture Morpher and we are in the perfect place to meet and chat with potential online or offline retailers and retail groups from around the world, establish new relationships with potential customers and of course cement relationships with current ones”, says Jeff.

The potential market for Morpher is enormous and there are a number different routes to market including bike share schemes, consumer sales and retail groups. As bike share schemes proliferate worldwide (currently the figure stands at around 200m users a year) where in many countries helmets are compulsory, the market is enormous.  Other markets include the growing number of commuters and with more bikes sold than cars today in the US and Europe, Morpher presents a major solution to a growing road safety problem. RoSPA reports that in the UK alone 75% of cyclist fatalities were from serious head injuries.

“Morpher aims to give the world an unprecedented ease of access to cycle safety.  Being at Eurobike gives us the opportunity to meet people who can start to make this possible”, says Jeff.

GP Batteries Beam Penlight Torches Offer Portable Precision Lighting
Bridgedale Steps in to help Gateshead Charity WinG
Tweets by @SGBOutdoor
This site uses cookies in order to function properly and to allow us to improve our service. By using this site you consent to the use of cookies More info