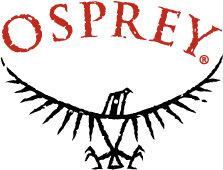 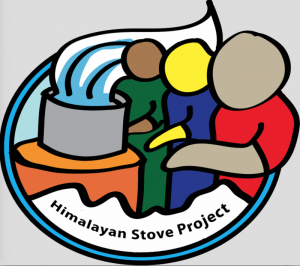 TAOS, NM (June 26, 2017) – Osprey Packs, the leading pack manufacturer based in Cortez, Colo., has become the latest outdoor gear manufacturer to support the Himalayan Stove Project (HSP), a seven-year effort to deliver clean-burning, fuel-efficient cookstoves to the people of Nepal.

The announcement was made jointly on June 26, prior to the 2017 Outdoor Retailer Summer Market, by George Basch, founder of the HSP, and Sam Mix, Osprey Conduit of Corporate Outreach.

“This support makes great sense for us – we have a strong connection to Nepal,” says Mix.

“Not only do we sell Osprey packs in Kathmandu through retailer Sherpa Adventure Gear, but many of our end-users either have toured the country, or have it at the top of their bucket lists to eventually visit.”

During the spring 2015 earthquakes in Nepal that killed 9,000, Osprey assisted with reconstruction, working with the dZi Foundation, based in Ridgway, Colo.

The mix continues, “Osprey and the HSP are a perfect match. As both a humanitarian and environmental cause, the HSP is consistent with our Philanthropic Five Areas of Focus: Environmental Conservation/Stewardship, Public Lands Protection, Trail Stewardship, Reducing Environmental Hazards, and Climate Change.”

Learn more about Osprey and its new relationship with the HSP at the Outdoor Retailer Summer Market, July 26-29, in booth 4011.

The Himalayan Stove Project (HSP), based in Taos, N.M., is dedicated to preserving the Himalayan environment and improving the health of the people living there. It provides clean-burning, fuel-efficient cookstoves designed in Ft. Collins, Colo., by Envirofit International, as replacements to traditional stoves or open-fire pits which cause unsafe levels of indoor air pollution and use excess fuel.

The Envirofit cookstoves reduce indoor air pollution by up to 90 percent, are 75 percent more fuel-efficient, and cook 50 percent faster.

Since 2010, the HSP has shipped over 4,100 fuel-efficient cookstoves to the remote mountainous communities of Nepal, helping to reduce Household Air Pollution (HAP), the cause of 4.3 million premature deaths annually worldwide, according to the World Health Organization (WHO).

The Himalayan Stove Project is based at 1335 Paseo del Pueblo Sur #305,

Independent since 1974 and still anchored by the design genius of company founder and owner, Mike Pfotenhauer, Osprey Packs is a leader in technical packs for outdoor, cycling, travel and urban adventures. Osprey’s dedication to creating innovative, high-performance gear reflects the brand’s love of adventure and devotion to the outdoors.