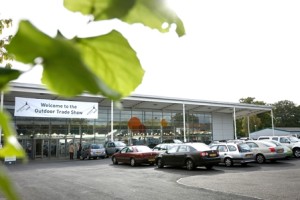 The Outdoor Trade Show recently announced the confirmed dates for the 2016 edition of the show, as well as announcing that it will run for two days rather than the usual three.

Feedback from the previous edition of the show highlighted that there has been an increasing number of requests for the show to be moved to a slightly earlier September date, so OTS 2016 will now take place on the 7th and 8th September 2016 at its usual central location, Stoneleigh Park, Warwickshire. Reduced from three days to two in order to make it a more time-efficient show for exhibitors and visitors, the organisers will soon be opening for bookings.

OTS Organiser Marta Williams said “We have taken the comprehensive feedback received on board and made these changes to further improve the show and make it more appealing and relevant to brands and retailers. Not only will this earlier date be more suitable for exhibitors, but with the show now due to take place over two days, it will be even a more focused show. We are confident this will significantly increase the already high interest in exhibition space.”

PrimaLoft to reveal Gold Insulation Active at ISPO
EOS announce location and dates of 2016 summit
Tweets by @SGBOutdoor
This site uses cookies in order to function properly and to allow us to improve our service. By using this site you consent to the use of cookies More info