SAFEJAWZ has been commissioned by the Prince of Bahrain, HH Sheikh Khalid Bin Hamad Al Khalifa and the country’s mixed martial arts (MMA) team to produce customed made mouthguards. 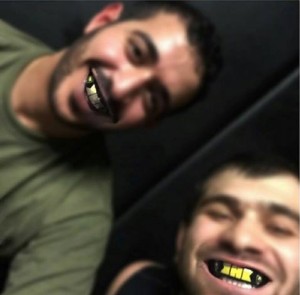 The ‘Custom Series’ mouthguards will feature the MMA team’s logo. “Having passionately invested in the quality of our custom-fit mouthguards, we are very proud to have achieved the seal of approval from HH Sheikh Khalid and one of the most prominent teams in mixed martial arts, Team KHK,” said George Dyer, co-founder of SAFEJAWZ. “We’re looking forward to following HH Sheikh Khalid as he embarks on his own MMA journey, and one thing we know for sure, is that the people of Bahrain can rest assured his good looks will remain intact.”
SAFEJAWZ Custom Series mouthguards are currently available exclusively from www.themouthguardshop.com

Socks help Jo in Sport Relief walk
Hydro Flask acquired by Helen of Troy
Tweets by @SGBOutdoor
This site uses cookies in order to function properly and to allow us to improve our service. By using this site you consent to the use of cookies More info